I finally finished my son's quilt.  I first posted about it in January and you can read about it here and here.  As promised, I'm sharing my experience with the bamboo batting here.  Please share in the comment if you have used bamboo batting before.  I’m eager to hear about your experiences.

While I was at the Road to California show in January, I bought 100% bamboo batting to try because it's said on the package that this batting has breath-ability and anti-bacterial properties.  I also like bamboo because it's a sustainable and renewable resource.  And this product was made in the USA. 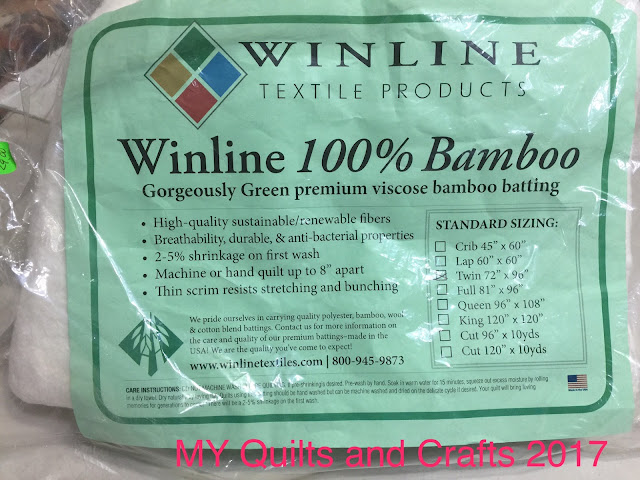 The batting is very soft but when I opened it up to prepare the quilt top for quilting, I noticed some hard particles in  the batting.  They turned out to be bamboo wood chips.  They are hard enough that they could be felt through the quilt top.  Didn't want to risk breaking the needle, I picked them all out. Here is what they look like. 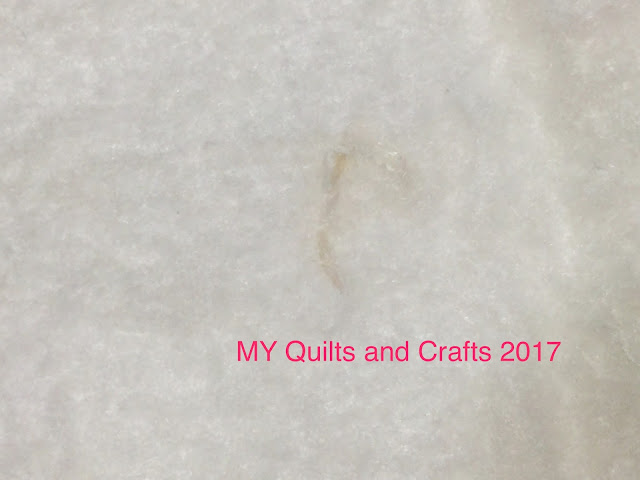 While I was quilting the quilt, lint from the batting that extended beyond the quilt top got all over the quilt as in the picture below. 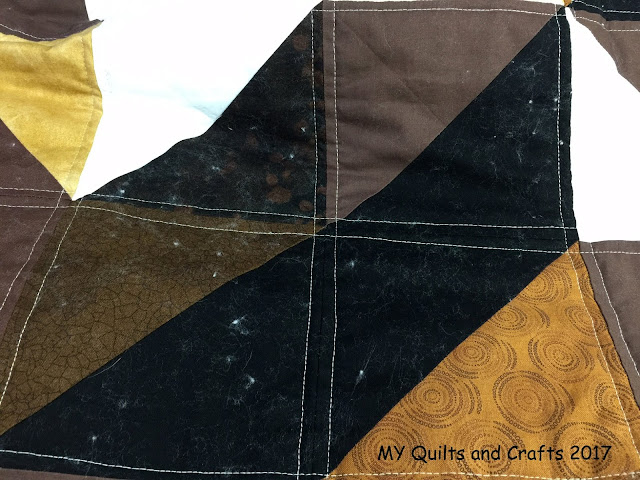 When I hand sewed the binding on to the back of the quilt, there was lint on the thread every time I pulled the needle up. 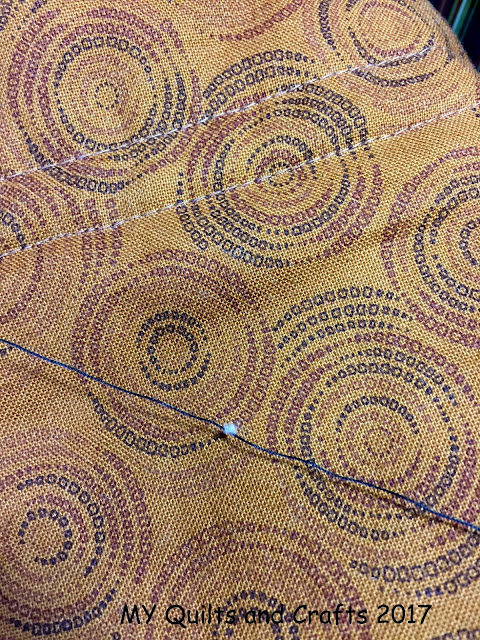 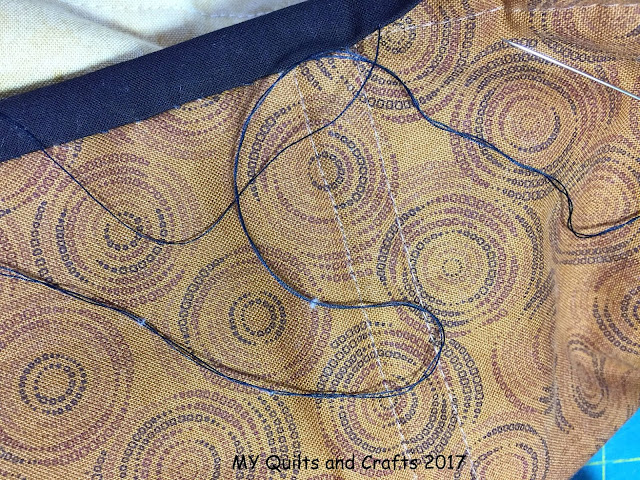 It was quite irritating to have to pull the lint off from the thread after every stitch. 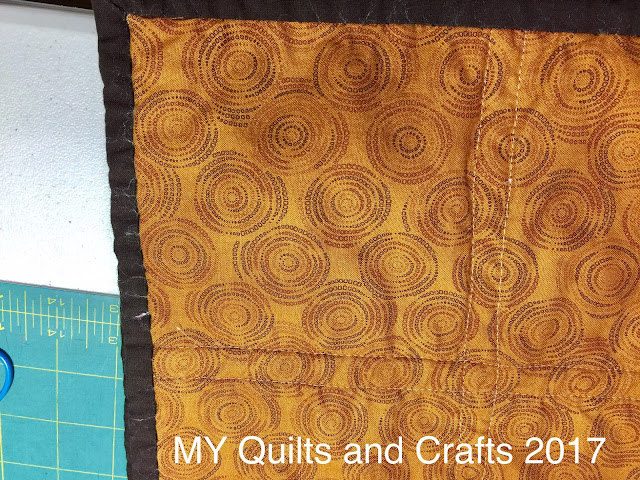 After much agonizing and all the lint was removed, the quilt is done and ready to be pickup by the new owner. 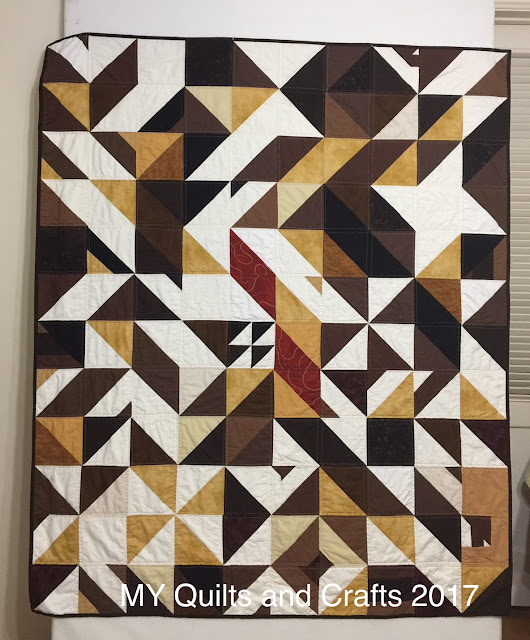 Another project that got done is the sofa.  You can read about the sofa here.  I'm happy to report that it's done now.  Here are the before and after pictures. 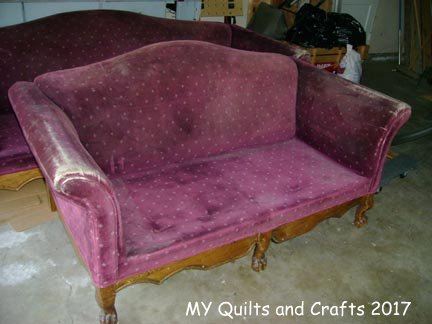 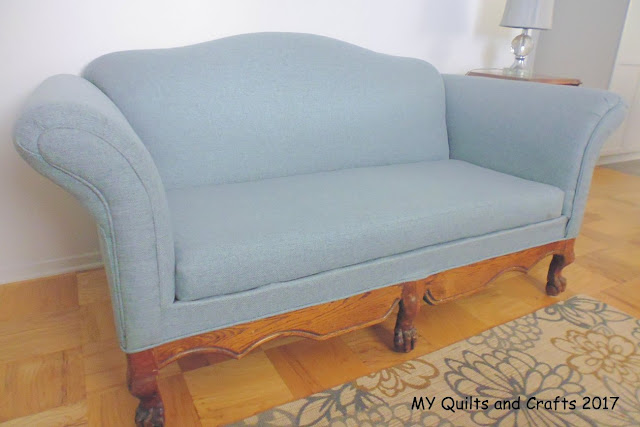 Go make something and have fun!

Thanks for visiting my blog and taking the time to comment. I enjoy reading each and every one and will respond with an email. If you don't get an email response, it's probably because you're a "no reply blogger" and I have no way to contact you! If you don't hear from me, check back at the original blog post for my reply. 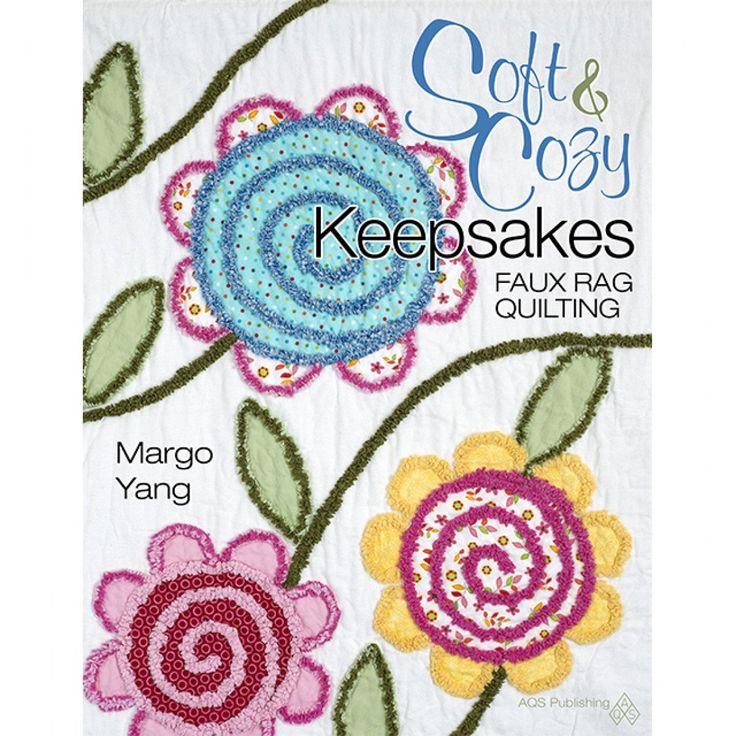 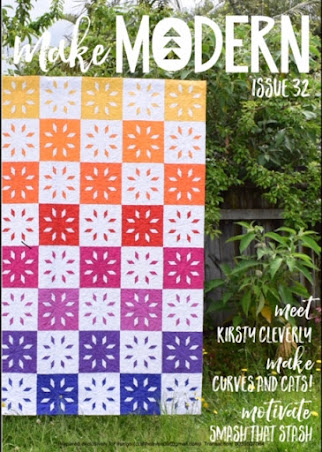 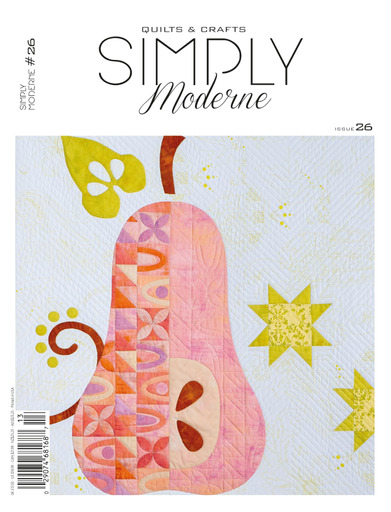